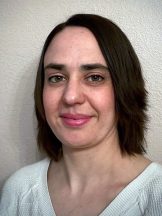 Tristen Aitkin is a wife and mother that works full time as a Branch Manager for U.S. Bank.  She loves her town and community and is involved in several community organizations because she feels the world only gets better when we get to work doing the things that matter: taking care of each other and our world.  Tristen also started a Youtube channel to teach the world that Do-It-Yourself ways could help us replace some of the harmful products we use in our homes. Her Youtube channel Tristen’s DIY Life is all about her journey to create a healthier life for herself and her family. 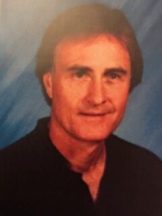 Mike moved to Shasta County, as a high school junior, in 1962 and graduated from Enterprise High School in 1964. He graduated from Chico State University, majoring in History, and was hired by Charles Denny in 1970 to teach American Problems at Enterprise High School. Mike was the head track and field coach, as well as head cross country coach for many years, served as the Student Activities Director for 5 years, and later was the lead negotiator for the teachers union in the Shasta Union High District for nine years. Mike taught at Enterprise for 32 years before finishing his teaching career as an instructor in the College Connection Program at Shasta College for seven years before retiring in 2009. Mike’s daughter Kelsey, is presently a counselor in the Upward Bound/Trio program, working with high school students from the local area. In retirement, Mike has worked as a volunteer with the American Red Cross, Retired Coaches Association, the Euphrates Institute and has been a Shasta Historical Society board member since 2012, recently serving as the board’s chair for 2 years. 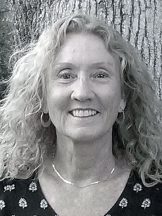 Leaving Redding in 1970 Michelle spent most of her professional career residing in Nevada and southern Oregon. Following 35 years in public education that included administration and community/school-based triage crisis counseling, Michelle has returned to Redding to enjoy retirement in a recreational area and community of friends and family that she loves. 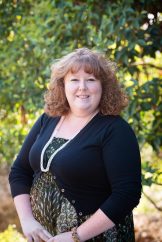 Bonnie was born and raised in Redding and has never resided anywhere else. She serves on the Enterprise Elementary School Board as well as the NorCal OUTreach Project Board. Bonnie has been on site councils, parent clubs and bond committees throughout her adult life. She holds degrees in psychology, sociology and behavioral science and began the Bachelor of Social Work Program at Chico State in 2021. She is married to an incredible chef and has one daughter.  They are roommates with 3 moody cats and 1 hyper puppy and her hobbies include traveling, reading and baking.

Gail graduated from the University of Oregon with a major in English and a minor in History. She taught in the English department and then in the Social Science department at Shasta College for seven years. Gail has been actively involved with the Shasta Land Trust.

Bob was born and raised in Redding, California and married his wife Janice over 40 years ago. Together they have two adult children, Tristen and Kaysen. Recently Tristan blessed them with their second grandchild. Bob earned his Bachelor of Science in Business from Chico State University. Prior to beginning his career as a financial advisor, Bob played professional tennis in the 1970s. He has excelled and prospered in his role as a financial advisor in his hometown of Redding for the past 30 years. Giving back to this community is very important to Bob. He sat on the Community Service Advisory Committee for the City of Redding for two terms, and on the North Valley Catholic Social Services and Shasta Library Investment Committees. He coached Redding Youth Baseball for over 20 years, was Past President, and served two terms on the Board of directors for Riverview Country Club. 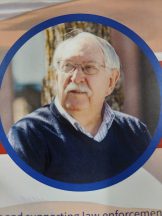 David is a life-long resident of Redding, having graduated from St. Joseph’s Elementary School and Shasta High School. He graduated from the University of San Francisco with a degree in Public Administration and Political Science. He has served as a Management Analyst and Program Director with the United States Forest Service. David has a long history of community involvement and has served on many local and regional agencies and boards; highlighted with the honor of being selected as Redding’s Citizen of the Year. David was elected to the Shasta County Board of Supervisors in 1998, where he represented District 1 for twenty years. He is a former Mayor and City Councilman for the City of Redding. 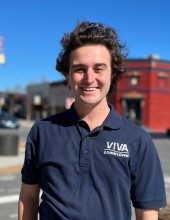 Blake Fisher is a Program Coordinator for Viva Downtown, an officially designated Main Street America organization. Fisher is a native Northern California resident who attended Redding schools and graduated from Enterprise High School and Shasta College. Fisher enjoys performing and has been lucky enough to share his talents with the community through Shasta College, Cascade Theatre and the Shasta Historical Society. Fisher is on the Shasta Historical Education Committee he looks forward to our developing Downtown Redding and participating in Shasta Historical Society’s mission. His favorite inspirational quote: “Leadership and Learning are indispensable to each other.” – John F Kennedy 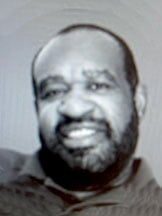 Jerry Brown has worked at Shasta College for the last 28 years as a Head Women’s Basketball Coach and Physical Education Instructor. In 2020 he retired from coaching and took on the job of Director of Umoja and Community Outreach for Shasta College. Prior to his career at Shasta Jerry attended San Diego State University on a Basketball Scholarship and played Professional Basketball in Oslo Norway.

Some of his favorite things to do are: Golf, Fishing and Travel to new places

Mark Hanbury Cibula is a fourth generation Shasta County resident. He served as a Congressional Advisor in the United States House of Representatives and earned his undergraduate degree from the University of California, Berkeley, a graduate degree from the University of Southern California, and a Juris Doctorate from the McGeorge School of Law. Mark has served as Mayor of Redding, and as Chairman of the Shasta County Board of Supervisors.

In 1994 Mark joined the law practice of Franklin Cibula, his father. The original firm was founded by the Honorable W.D. Tillotson, “General Tillotson” as he was sometimes called, who opened the practice sometime between 1892 and 1896. This practice was joined by Mark’s grandfather Alvin Cibula, and then his father. Mark’s great-grandfather owned the Rexall Drug Store in downtown Redding.Upon Franklin Cibula’s retirement, Mark started a new firm focusing on personal injury and criminal defense.

Jack Potter, Jr. is involved in many boards representing Indian country tribally, locally, statewide, and nationally. He has been on the Redding Rancheria Tribal Council for 18 years, most recently as their Chairman and Cultural Resource Manager. He also serves on California Rural Indian Health Board, the Northern California Tribal Chairman Association as the Vice-Chairman, Medicine Lake Committee for the Pit River Tribe, Redding Rancheria Community Fund Board, Redding Rancheria Enrollment Committee, PowWow Committee, California Tribal Families Coalition, and Indigenous Peoples Day Committee for Shasta County. Jack has also served on the Shasta County Sherriff’s Cultural Awareness Council for 21 years. Recently he was elected to the National Congress of American Indians as Vice President of the Pacific Region. Jack became involved in many aspects of Indian country at an early age, and he even sat under the tables during land claims meetings in the 1970s listening to the elders.

Jack is the son of Jack Potter, Sr., and Kathy Wilson, the grandson of Edith Geto Stevens and Lloyd Stevens, Stevie Wilson, Mildred and Willard Rhoades, Gordon Potter, Jack Winnemem and Nor-el-muk Wintu on his father’s side, and Kosoimunonu and Kanusu Mi-Wuk on his mother’s side – with a little bit of Navajo and Pit River influence from both grandfathers, Lloyd, and Willard.

His greatest achievement to date is his 30-year marriage to a wonderful and loving wife, Myrna, along with their two children, Christine Ceja and Martin Potter, Sr., one granddaughter, five grandsons, and five great-granddaughters. If Jack was not busy enough already, two years ago he started raising his grandson, Martin Potter, Jr., to whom he is teaching his native language while travelling to powwows and other native gatherings. Martin Jr. was recently crowned for his second term as Stillwater Powow Little Brave, which makes his grandpa very proud.

In 2016 Mary ran for and was elected to represent District 3 on the Shasta County Board of Supervisors. As a resident of Shasta County for over 40 years and with a deep dedication to the North State’s heritage, she is committed to improving the County services Shasta County residents receive to ensure a better future for our kids and grandkids. Mary has served on numerous mental health committees and boards advocating to improve and increase mental health services in our community. She has served on the Shasta Community Foundation, has mentored teens through Plus One Mentors and is a founding member of the Women’s Fund. Mary Rickert is co-owner of Western Agricultural Services, along with her husband Jim. Additionally, they are majority owners of Prather Ranch, recognized for its sustainable and ethic practices and its premium dry-aged natural beef program. With her deep love of history, her activism, and her family’s long history in Shasta County, Mary will be an excellent addition to the Shasta Historical Society Board of Directors. 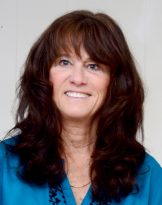 Born in Redding, Denny attended local schools before graduating from UC Berkeley in 1974. She later earned her teaching and administrative credentials, working as a teacher and administrator for over 30 years. The last five years of her career Denny was the Executive Director for Student Support Services for the Shasta County Office of Education. Since retirement, she enjoys spending time with her grandchildren and being involved in the community, particularly as it relates to local history. In addition to the Shasta Historical Society Board, Denny serves on the Shasta County Board of Education and is a Governor of the Eaton Gift. In the past she served on the Youth Violence Prevention Council, GRIP – Gang Reduction and Intervention Program and the California League of Middle Schools. 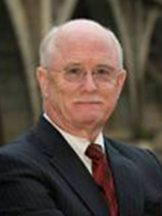 Dave Scott is the descendant of pioneer families in the Redding area and the historic Diestelhorst Bridge was named after his great, great grandfather, Gottlieb Diestelhorst. Dave is a graduate of Redding area schools and holds a B.S. in Business Administration from the University of Nevada at Reno. Dave currently works as a partner at D.H. Scott & Company and has worked for other prominent firms in Redding, Reno, San Francisco and Oakland. Dave has been very active in helping and serving his community as a member or board member of organizations such as: Shasta Historical Society, Shasta Business Council, Shasta Builders’ Exchange, Associated General Contractors of California, Redding Bank of Commerce, Youth Violence Prevention Council and many more. He has received many awards with the most recent being in 2009 where he was recognized as Citizen of the Year by the Redding Record Searchlight.

Dave is an avid outdoorsman with particular interests in hunting, fishing and photography. 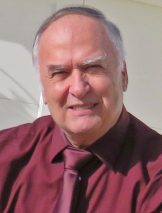 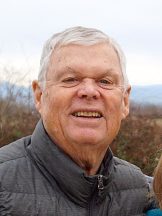 Pat and his wife Kathie reside in Cottonwood, and are the proud parents of Erin Carr Miller, residing in Colorado, and Megan Carr Williams, residing in Alaska. 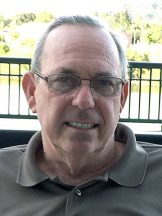